Six months, huh? Love the chance to grab an orange cut from the benches and just chill for a second before we go hurtling into the second half. A lot to take in. I won’t take up too much of your time – every blurb here is 140 characters or less. I checked. So, here’s what was good and stuff! NB: No lists have any order.

You Beauty – Jersey Flegg
I don’t know the first thing about rugby league, but I loved every moment of this footy-based opus. Endearing and exceptional.

Swans – To Be Kind
Gira, you evil motherfucker. You’re doing this to us AGAIN? I barely recovered from the Seer, man! Anyway, this slays for days. Insanity.

Future Islands – Singles
Four albums in and these new-wave geeks finally got their due. An album that well and truly backed up its hype train. Get on board already.

Manchester Orchestra – Cope
Yeah, look, I’m never not going to love this band. They have never let me down and it look as though they never will. Believe in them.

Fucked Up – Glass Boys
Another band that will always be on my team. A cracker of an effort that works at both speeds – seriously, check out the slow version!

James Vincent McMorrow – Post Tropical
This was figuratively out within the first few weeks of 2014 and it’s stuck around for a reason. Lush, warm serenity. More of this, please.

Luca Brasi – By a Thread
No-one keeps the bastards honest like the Brasi boys do. Another batch of gritty, forthright melodic punk that ranks as their best yet. Yew!

St. Vincent – St. Vincent
In 2012, she loved this giant. Now, the honeymoon is over. Annie Clark is keeping music weird; and she’s practically untouchable. Sia – 1000 Forms of Fear
Ten years after Colour the Small One, it’s amazing to see how far Sia has come. Still, the view from the top is still a lonely one. Listen.

Sun Kil Moon – Benji
The album to beat. The year’s masterpiece. The folk ramble to end all folk rambles. The alpha and omega of Mark Kozalek.

Young Fathers – Dead
Bleak, unforgiving, merciless. Strap yourself in and don’t you dare let go of this. A next-level hip-hop release. Get involved. Get up.

Ted Danson with Wolves – WWTDWWD?
What would they do? Shit-tonnes, mate. A triumph of nerdery, wizardry and absurdism. Indie rock in Australia just got its script flipped.

Cloud Nothings – Here and Nowhere Else
And then there were three. Down a guitarist but upping the ante, the Ohio dudes kept things as loud, abrasive and vital as last time around.

Against Me! – Transgender Dysphoria Blues
The album that marked the first day of the rest of Against Me!’s life. A bold, unapologetic rock record with a newfound sense of pride.

DZ Deathrays – Black Rat
THIS, kids, is how you logically progress Australian rock music in the 2014 times. And they’re just getting started. Get loud or get lost.

Harmony – Carpetbombing
If David Michod made music, it might sound like this. Dusty, creaking rock that could well explode at any minute. Essential listening.

Perfect Pussy – Say Yes to Love
Arrive. Smash hammer directly into face for 23 minutes. Leave. Proceed at own risk. Do not pass Go. Do not collect 200 dollars.

La Dispute – Rooms of the House
Each of La Dispute’s albums are curious beasts, equally excellent for very different reasons. See what happens when you enter the room. 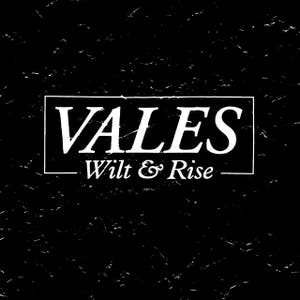 Vales – Wilt & Rise
This is the newest, freshest and most important voice in British hardcore right now – and as God as my witness, you are going to hear it.

Miranda Lambert – Platinum
A return to form and a renewal of her role as the best country artist in the world right now. So much fun to be had here. Yee-haw!


Kevin Devine – Private First Class
BEST BIT: When the guitar drops out and the acoustic comes in for the first time. Neat little bait and switch.

La Dispute – For Mayor in Splitsville
BEST BIT: BUT I GUESS IN THE END WE JUST MOVE FURNITURE AROUND.

Hockey Dad – I Need a Woman
BEST BIT: The “ooos” that go along with the instrumental parts are just gorgeous.

Cloud Nothings – I’m Not Part of Me
BEST BIT: The drums are pretty bitchin’, but it’s gotta be the I’M NOT I’M NOT YOU hook.

St. Vincent – Birth in Reverse
BEST BIT: I was thinking the chorus guitar, but the outro riff when it gets all mathy and shit is Clark at her shredding best.

Brendan Maclean – Holy Shit
BEST BIT: When the “there’s no manual” bit builds up in its vocal parts. I love that. I could listen to that for hours.

Swans – Oxygen
BEST BIT: The awkward silence near the end. Also when Gira just gives up on lyrics and just screams gibberish.

Oslow – Blue on Blue
BEST BIT: When the drums match up to the lead guitar bit and they both go whack out the triplets. I could fucking eat that.

Young Fathers – Get Up
BEST BIT: For real, who the fuck are you to deny that chorus?

Pixies – Snakes
BEST BIT: I gotta give this to Joey Santiago. One of his best riffs for a long-ass time.

tUnE-yArDs – Water Fountain
BEST BIT: When the bass goes all over the shop during the “It’s okay, it still works in the store” lyric. Damn, son!

Royal Blood – Little Monster
BEST BIT: When he fucking solos on his bass. Who even DOES that? Such greatness.

La Dispute @ Metro Theatre
I have never missed a La Dispute tour. I never will. It keeps getting bigger and it keeps on getting better.

Kyary Pamyu Pamyu @ UNSW Roundhouse
Never seen anything like this. Hell, I may never again. It was pretty fucking crazy, but it was an insane amount of fun. Pon pon pon!

Billy Bragg @ Manning Bar
A rare club show from your mate and mine, Billy. Lots of singalongs and a great energy. There is power in Bragg still, my friends. Salute.

DZ Deathrays @ Rad
We party pretty hard in Wollongong when we feel like it. This show was nuts from start to finish. Here’s hoping we can have them back again.

Lemuria @Black Wire
A not-so-secret show to end what was a joyous and delightful maiden voyage to our fair country. Voices were raised and spirits were high.

Bruce Springsteen and the E-Street Band @ Allphones Arena
Holy shit! We got Darkness on the Edge of Town in full, you guys! Everything else here was a sweet, sweet bonus. Still the boss.

St. Vincent @ Opera House
Holy hell, did you cook it in the highest of orders if you missed this show. What a stirring, enthralling performance. Accept no imitations.

Lauryn Hill @ Opera House
She’s out of the woods and doing things – naturally – her way. With a brilliant band and a new spark, Hill made the House her home. Dig it.

QOTSA/NIN @ Sydney Entertainment Centre
A co-headliner the envy of the world. Did it deliver? You fucking guess, dude. All killer, no filler. The rock show to end rock shows.

Deafheaven @ Oxford Art Factory
The Annandale may be sadly missed, but you can thank the fantastic OAF for bringing in this heartstopping, white-knuckle intense show. Wow.

Arcade Fire @ Sydney Entertainment Centre
Fresh from potentially the final BDO, AF showed us just how far they’ve come in the 6 years since they were last here. Spectacular stuff.

The Grand Budapest Hotel
Yeah, I’m a cliche. This is awesome. I love the story, the characters and especially the locations this was shot in. A new classic.

Bad Neighbours
Who’d have picked old mate from High School Musical to turn into a bitching comedy lead? Some of the biggest laughs of the year.

The Lego Movie
Stop trying to act too cool for this movie. It slayed. Will Arnett was BATMAN, for fuck’s sake!

The Monuments Men
Forgot about this one, didn’t you? The all-star cast got me there, but I stayed for the adventure of it all. I ‘unno, it made me happy.

22 Jump Street
I’m calling it: Best comedy sequel since Wayne’s World 2. Ice Cube is the ultimate scene-stealer, and the Tatum/Hill chemistry is fire.

Rick and Morty
My Favourite Martian meets Back to the Future meets Regular Show. And back again. A near-faultless first season. Wabbalubbadubdub.

Review
US adaptations of Oz things are a disaster 9/10 times. Review, however, went above & beyond. Andy Daly is the funniest man alive right now. 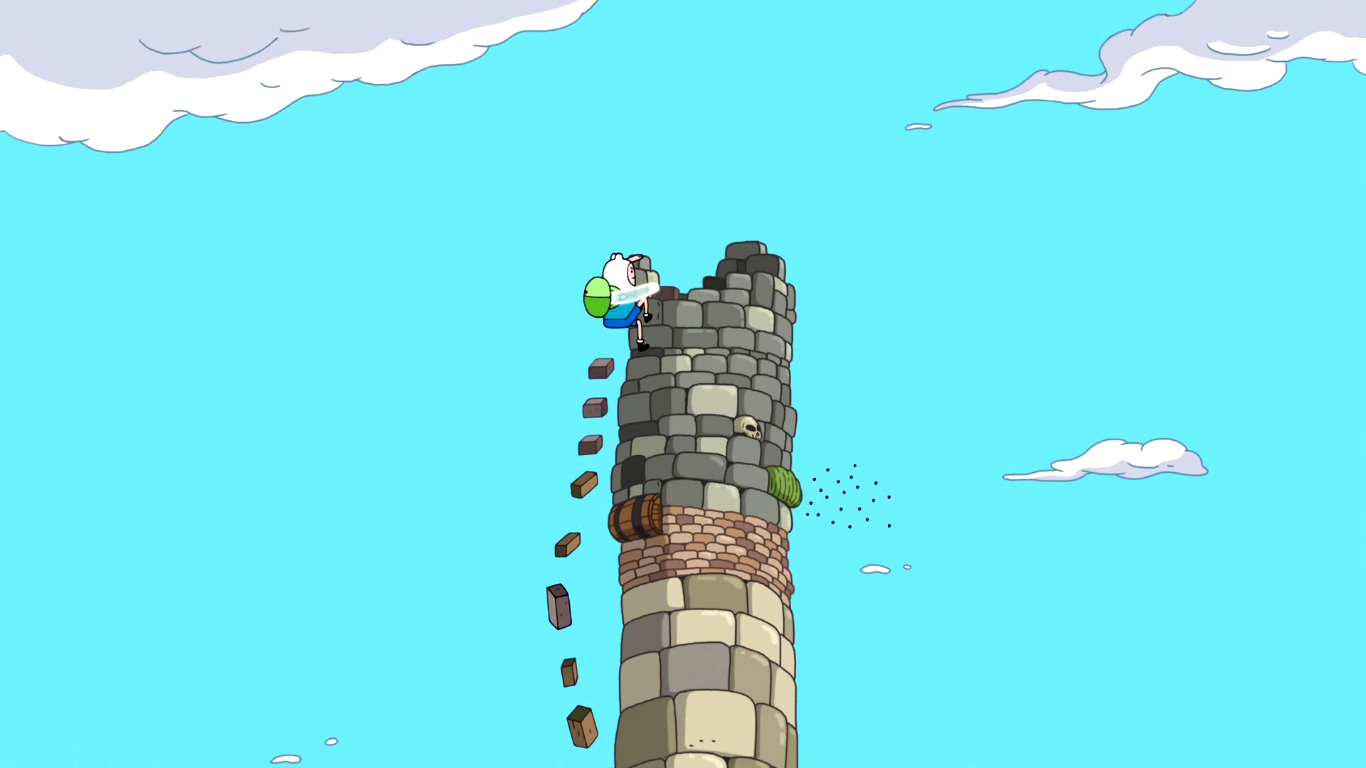 Adventure Time
Seriously, there’s never been a better time to be in the land of Oooo. 2014 has seen some of their all-time best episodes drop. Remarkable.

Kroll Show
Nick Kroll hit it out of the park for season 2. Hysterically funny characters and a knack for conceptual running gags. Can’t wait for more.