If the U2-esque rock of “State of Grace” or the schizophrenic electro-bounce of “I Knew You Were Trouble” weren’t enough indication, we’re not in Kansas anymore: At 22, Taylor Swift is out of Rapunzel’s tower and into an inner-city apartment. She still falls deep in love, but she’s significantly smarter about it than before – and, for once, she’s sick of playing the victim. The “indie record” that Tay’s jilted lover clings to in “We Are Never Ever…” may indeed be “cooler” than hers, but if Red proves anything, in no way does that make it better.

THREE TOP TRACKS: We Are Never Ever Getting Back Together, State of Grace, The Last Time.

No-one did terrifying quite like Death Grips in 2012. Across two LPs, they brought their knife-edge headrush down upon an unsuspecting public, delivering violent and decidedly ugly rave-minded tunes that took in so much that they were essentially unclassifiable. While No Love Deep Web brought all the dick-slinging attention, it was their effort from the first half of the year that stood as the greater of the two. A dizzying, aggressive opus from the dark alleyways of hip-hop, ferocious MC Ride spat venom, vile and vitriol across clattering beats and quivering, quaking synth buzz. Not for the faint-hearted. 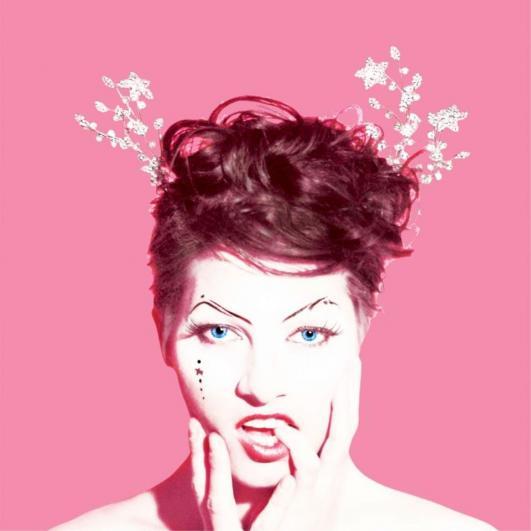 18. Amanda Palmer and the Grand Theft Orchestra – Theatre is Evil

Over an hour’s worth of material made it to Amanda Palmer’s first studio album in four years – but, before you start groaning, here’s the kicker: Not only is an overwhelming majority of the album salvageable, much of it also ranks among the best songs that Palmer has ever put her name to. Whether it’s the reckless abandon of “Do It with a Rockstar,” the playful dark-pop of “Melody Dean” or the anguished balladry of “The Bed Song,” Palmer provided fans old and new with a varied, masterful record. None do it quite like her.

THREE TOP TRACKS: Want It Back, Do It with a Rockstar, The Bed Song.

Within the first thirty seconds of the album’s title track, Wil Wagner has pulled the rabbit out of the hat, torn away the Wizard of Oz’s curtain and pegged a rock through the stained-glass window of his local church. Sunshine and Techology is a record of raw-nerve honesty, heart-on-sleeve sincerity and songs that are as stirring as they are provocative. It’s hard to decide on which is more exciting: The fact that the Smithies hold the future of Australian rock in their hands; or the fact that, for all of Sunshine‘s excellence, the best is still to come.

16. Silversun Pickups – Neck of the Woods

Things take a turn for the grandiose on SSPU’s third studio album – not one track falls below the four-minutes-forty mark, leaving plenty of room for songs to bubble, boil, detour, crash and rebuild. In that regard, it’s safe to say that Woods is the most sonically adventurous record the band have done thus far: the drums pulse, roll and click accordingly with the churning bass, keyboard buzz and Brian Aubert’s heavens-high vocal range. Meticulously crafted and sharply, inventively delivered, there’s a lot to take in with Neck of the Woods. Still, it means there’s even more to get out of it.

15. Something for Kate – Leave Your Soul to Science

As each year without a new Something for Kate album passed, fears for the worst began to set in. Oh, but with what grandeur they were swept aside: Not only did SfK return to formation, they put out their best record in over a decade. Leave Your Soul to Science traversed prior achievements with the band’s cohesive dynamics and brainy songwriting; adapting and shifting into new ideas, contexts and ambitious sounds. At once warmly intimate and confessional as well as outward and expansive, few bands in 2012 provided as interesting and enlightening a listening experience as these returning giants. Wonderful.

14. Jonathan Boulet – We Keep the Beat, Found the Sound,
See the Need, Start the Heart

If you want to spot the difference between Jonathan Boulet’s 2009 debut and its lavishly-titled follow-up, look at the promo pictures. 2009 was a ruffle-haired, clean-cut kid, chilling by the pool in plaid. Now, the smile has been wiped clean, a beard has grown down to his chest and the motherfucker is dressed for business. Throwing everything and anything at the album, from pan-pipes to monk chants, this reckless pop abandon liked its drums with miltary precision and tribal rhythms; as well as its vocals doubled, tripled and even octupled. A wild adventure in sound, from one of the smartest young men doing it.

THREE TOP TRACKS: Keep Away You Feral Son of a Bitch, Trounce, FM AM CB TV.

Dylan cared little for his naysayers early on in his career, parodying them on 1962’s “Talkin’ New York” and mocking them amidst folk furor and cries of “Judas” in his electric period. So what, then, would make you think he cares now? Yes, his voice is shot to absolute shit – since when was that his selling point, anyway? If anything, the barely-there blues muttering and guttural rumble of his vocals makes Tempest even better – a sinister stroll through hard times, rewritten history and men of the worst sort. Every modern Dylan album is an event, but Tempest may be his best in decades.

Across several bands and as many releases, Jamie Hay has positioned himself as a figurehead of workman-like melodic punk-flavoured rock, replete with open-book honesty and an omnipresent vulnerability. Listening to this solo effort – with a few friends roped in for good measure – strips back Hay’s normally-amplified songwriting efforts to reveal the sum of its parts. The lyrics, in particular, resonate deeply; their detail and their conviction hitting severely close to home. It’s a record that makes you feel just a little closer to the man behind the music once it’s all done and dusted. Is “national treasure” too strong a term?

Blessed are the geeks, for they – alongside the cheesemakers – shall inherit the earth. The proof is in this decidedly delectable pudding from a sadly-dormant project that was essentially the vehicle for frontman Jared Chappell’s unquenchable thirst for all things sardonic and smart-arsed. Whether they’re tearing apart your “2 deep 4 u” Tumblr nemesis or toying with girlfriends – both kidnapped and imagined – VP bring substantial pop/rock chops along with their Jonathan Coulton-meets-John Linnell lyricism and imagery. It’s not all fun and games – but most of it is, and that’s what makes Forever Jung such a fucking ripper.

THREE TOP TRACKS: (I’m In A) Shitty Band, Think for Yourself, Imaginary Girlfriend.