Hey y’all! Well, how about this, huh? Here be the ten best rekkids of the year done gone past. Huge thanks for seeing through list season with me. Catch y’all next time around!

Life isn’t all blue jeans and white t-shirts. The Gaslight Anthem have finally escaped the small town that almost killed them and have wound up strangers in a strange land on their fifth album. Get Hurt is an exploration through unchartered waters and foreign territory, a much-needed break from the comfort zone that, regardless of the quality of outcome, could well have killed this band had they remained within its confines.

Certainly, it wasn’t as if there was some drastic detour into acid jazz or anything of the sort – after all, as Brian Fallon himself sings at one juncture, “I still love rock & roll/I still call somebody ‘baby.’” There is a stretching of boundaries here, however, that is indicative of a prosperous future beyond nights with the radio and Maryanne. Get Hurt is the sound of Gaslight beginning again.

Sia Furler, for a time, was the ghost of pop charts past. Her writing credits and, if listening closely, her unmistakable voice, infiltrated dozen of singles from some of the biggest names in the industry. It’s a life that could well have made a sustainable living for the rest of her days. The call of work under her own name, however – on hold for several years at this point – eventually grew too strong.

There were stipulations: No touring, no media campaign, no public appearances. It was a fair compromise, however, when in return we received her greatest LP since 2004’s spotless Colour the Small One. Marrying her intrinsic, introspective songwriting with the sensibilities gained from her double-life in mainstream pop, Fear allowed us to see behind the blonde bob wig. We may not have seen her face all year, but this allowed for something greater – we saw her heart. 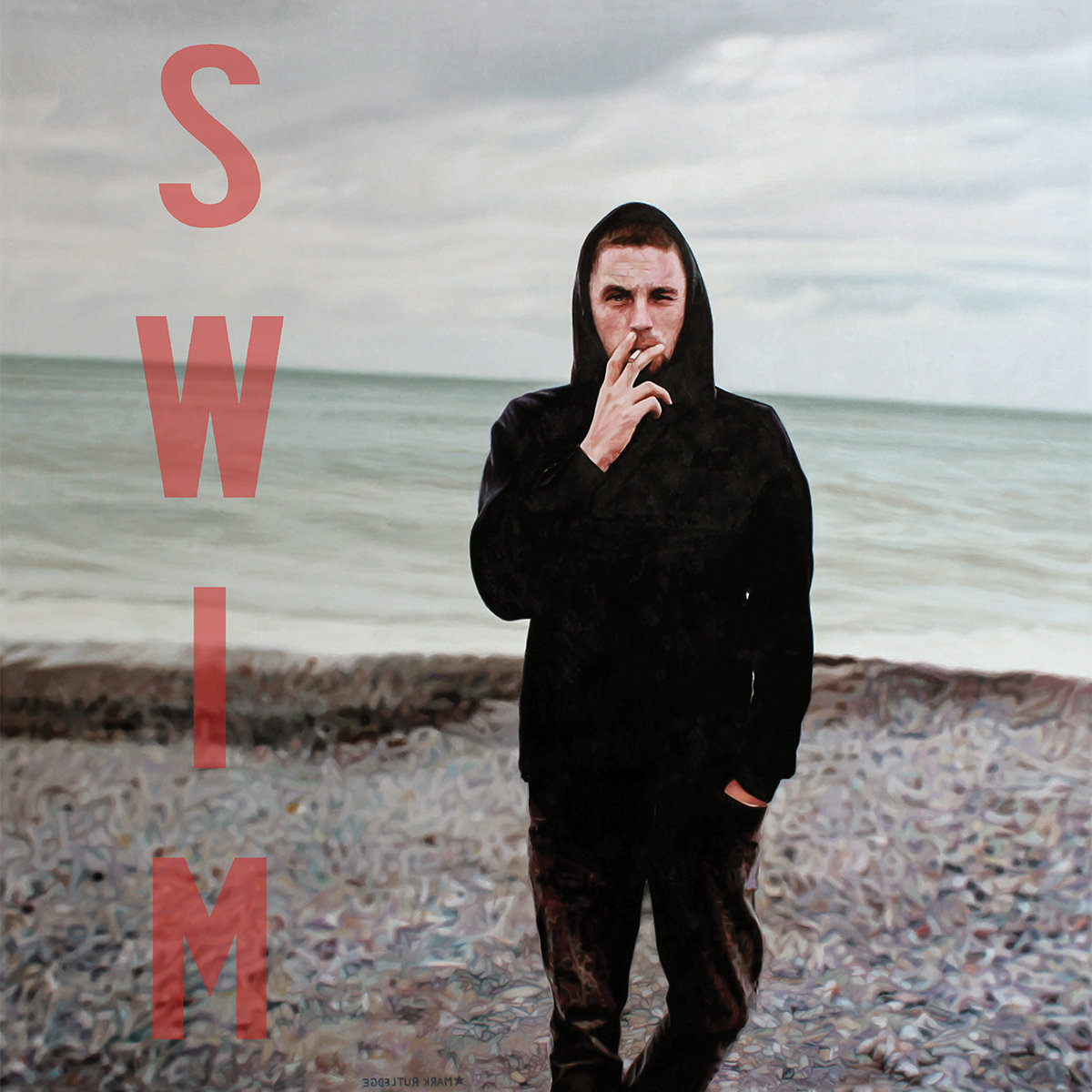 An exercise in irony: The definitive album from a veteran band has its title based on an online acronym for “someone who isn’t me.” Truth be told, this is an album could not have come from any other band – after over a decade sharpening and refining their throttled, scorched-earth take on noise-heavy post-punk, all roads that Die! Die! Die! have travelled have ultimately lead to S W I M’s creation.

It snarls, scratches and seethes through envy, paranoia and disconnect – in other words, it’s a decidedly ugly, ruthlessly aggressive listen. It’s not user-friendly or accessible, of course. Die! Die! Die! have never been as such before. The difference is that they have never sounded so vital and purposeful in the execution of their ideas as they do here and now.

THREE TOP TRACKS: Angel, Get Hit, Out of Mind. 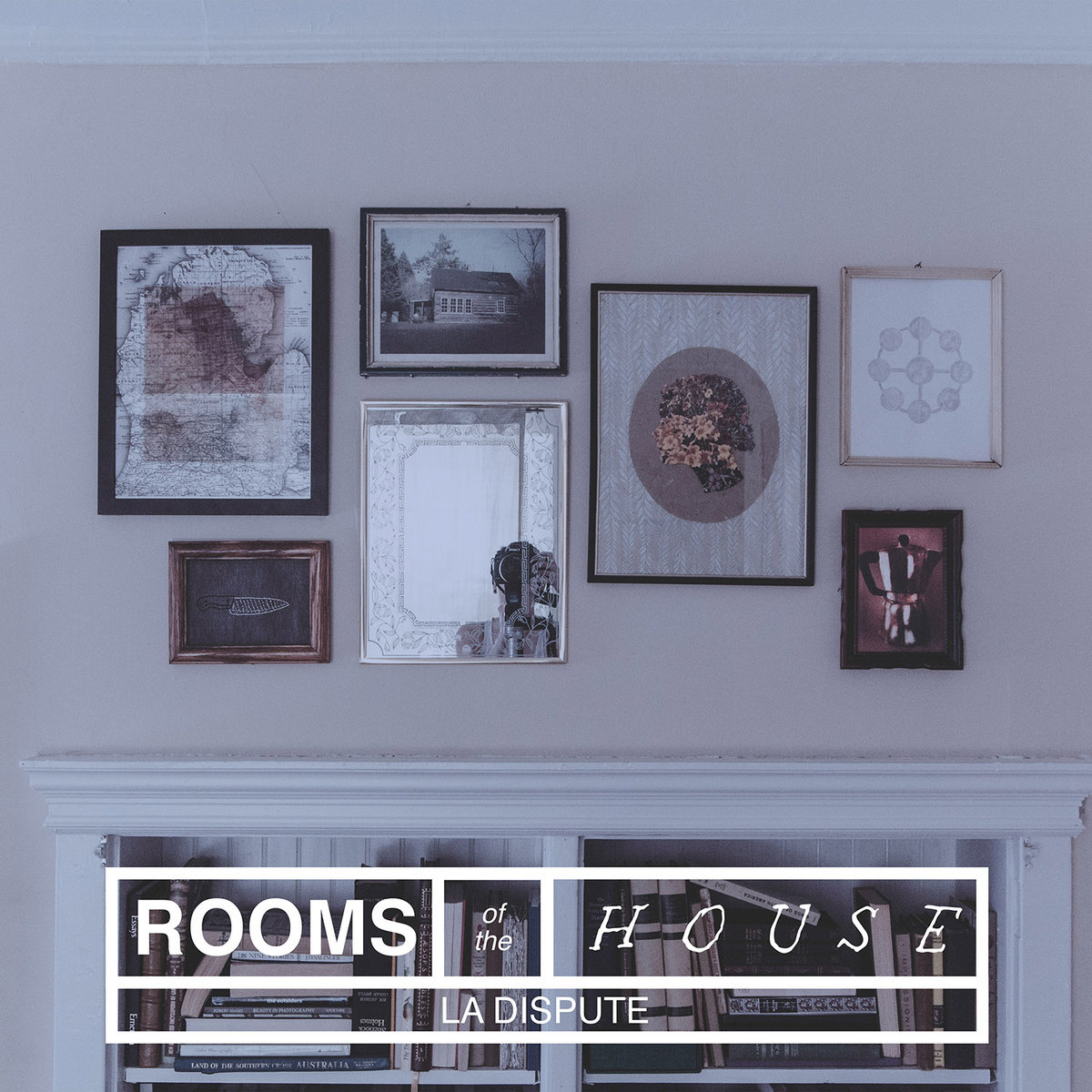 A house is not a home. That doesn’t mean that it never has been, of course. Finding the house that was once a home – your home – can trigger so many memories, stories, truths and once-faded thoughts. This is conceptually explored – with considerable depth, it must be added – on La Dispute’s third studio album.

The hyper-literacy and Jordan Dreyer’s foreboding poetry that weaved its way through previous releases not only recurs on the album, but arguably latches onto its strongest subject matter to date. Each room sparks something different, allowing the protagonist to reflect on how much has changed since the transition from home to house. It’s often not for the better, but it’s perhaps this that keeps one hanging on every single word. Rooms of the House is a creative work in every sense.

THREE TOP TRACKS: Woman (In Mirror), For Mayor in Splitsville, Stay Happy There. 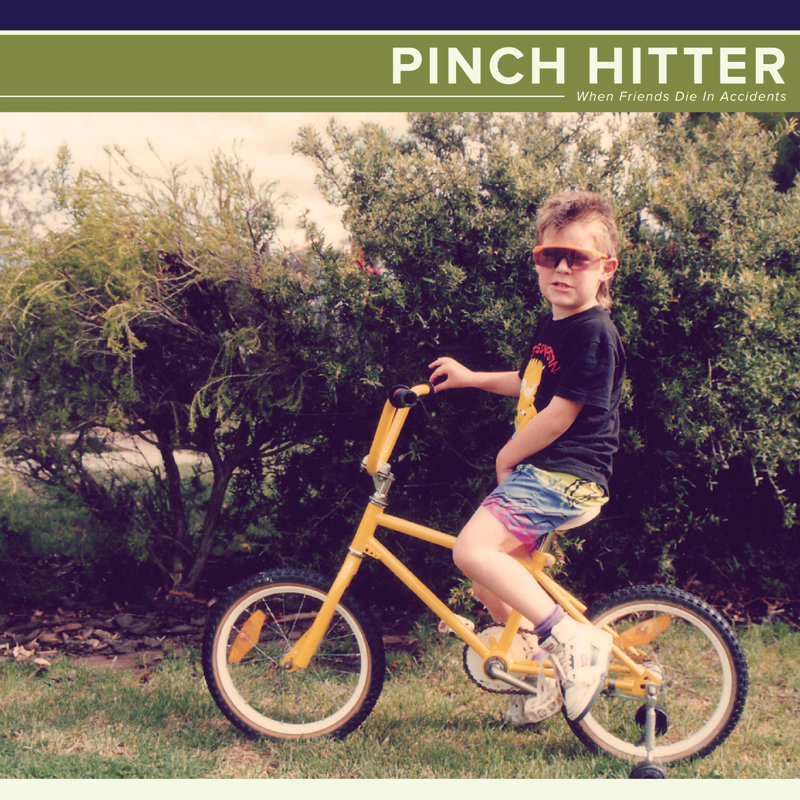 A chance encounter. A dead-end job. A fear of flying. An untimely demise. A sudden realisation. A friend in need. These things, while separate entities from a contextual standpoint, are tangled together in the half-hour-and-change that comprises the debut album from this unexpected team-up.

While many came to know the project from Nick van Breda and Dave Drayton from their live shows – simply two men, two voices and, yes, two banjos – Accidents allows the two to flourish in a wider spectrum. Their musings and noodlings are guided by xylophone (“Nine-to-Fine”), flutes (“All of a Sudden”) and even typewriters (“They Said This Would Stop” – no shit). It’s all tied up with the four-part title track that weaves in and out of the tracklisting – and its final blow is still as devastating long after the first time you hear it.

THREE TOP TRACKS: All of a Sudden, Part IV, Nine-to-Fine.

Back in a time when the American president was public enemy number one, Kanye West was a debut-album rookie and dance-punk was as legitimate as any rock subgenre, one guitar-less duo ruled over their six-stringed contemporaries with a half-hour of power known as You’re a Woman, I’m a Machine. It was cemented by ear-splitting live shows, instant cult status and an unforgettable performance on Conan with none other than Max Weinberg sitting in.

It would take two short years for everything to fall apart for Death From Above 1979, and that – so we thought – was that. Several contributing factors lead to the band’s eventual reunion, but the most prevalent ended up being unfinished business. Despite becoming quote-unquote “adults” in the time they were apart, there was still an agenda to make loud, visceral and ripsnorting rock & roll.

That’s where The Physcial World comes in – a rarity insofar as being a sequel that not only matches up to its predecessor, but threatens to rival it so often it may well swallow the thing whole. Long live Death.

Were you told about Benji on paper, one would rightly distance themselves from it as soon as humanly possible. Just think – a late-forties dude mumbling about his parents, his dead uncle, various sexual encounters, James Gandolfini and his home state of Ohio. What could possibly be appealing about that?

It could well be argued that Benji, as an album, succeeds on account of these traits and not in spite of them. Mark Kozelek has been known in the past to allow his simple, sombre style of songwriting and storytelling to uplift ordinary things, places and people into the extraordinary. Jim Wise sounds like an odd, weird dude. On “Jim Wise,” however, he somehow turns into an endlessly-fascinating character. The same can be said of Kozelek’s second cousin, his drummer and even his dear mother (“My mother is 75/She’s the closest friend I have ever had.”) They are – or were, in some cases – just regular people until Sun Kil Moon reels them into his world.

Whether you find him driving to a Postal Service show or tripping out on Led Zeppelin in his younger days, Mark Kozelek somehow makes the cold all the more inviting. Benji is a journey – a long, exhausting and depressing one; but one any self-respecting music fan should take at some point in their lives.

3. Ben Howard – I Forget Where We Were
Spotify || Rdio

“Has the world gone mad?” opines Ben Howard mere minutes into the first track on his second album, before adding a further line of questioning: “Or is it me?” By the end of I Forget Where We Were, you won’t have an answer. Hell, you won’t even have one after a dozen spins. As it progresses, the album poses far more questions than it provides answers or traces of resolve.

Perhaps it’s this that makes it such an intriguing prospect – from a songwriting perspective, it allows Howard to less scratch below the surface and more dig down as far as humanly possible. Besides bearing his name, precious little else lies on the common ground between Forget and its predecessor – here, we work through varying degrees of light and shade; love and loss; truth and lies. It takes you to points where you fear you may never return – points you feel, as a listener, you may well not be entirely prepared to go.

Herein lies the rich reward of I Forget where We Were. Ben Howard has evolved from being a mere singer-songwriter – here, he has become a journeyman.

THREE TOP TRACKS: End of the Affair, I Forget Where We Were, Conrad. 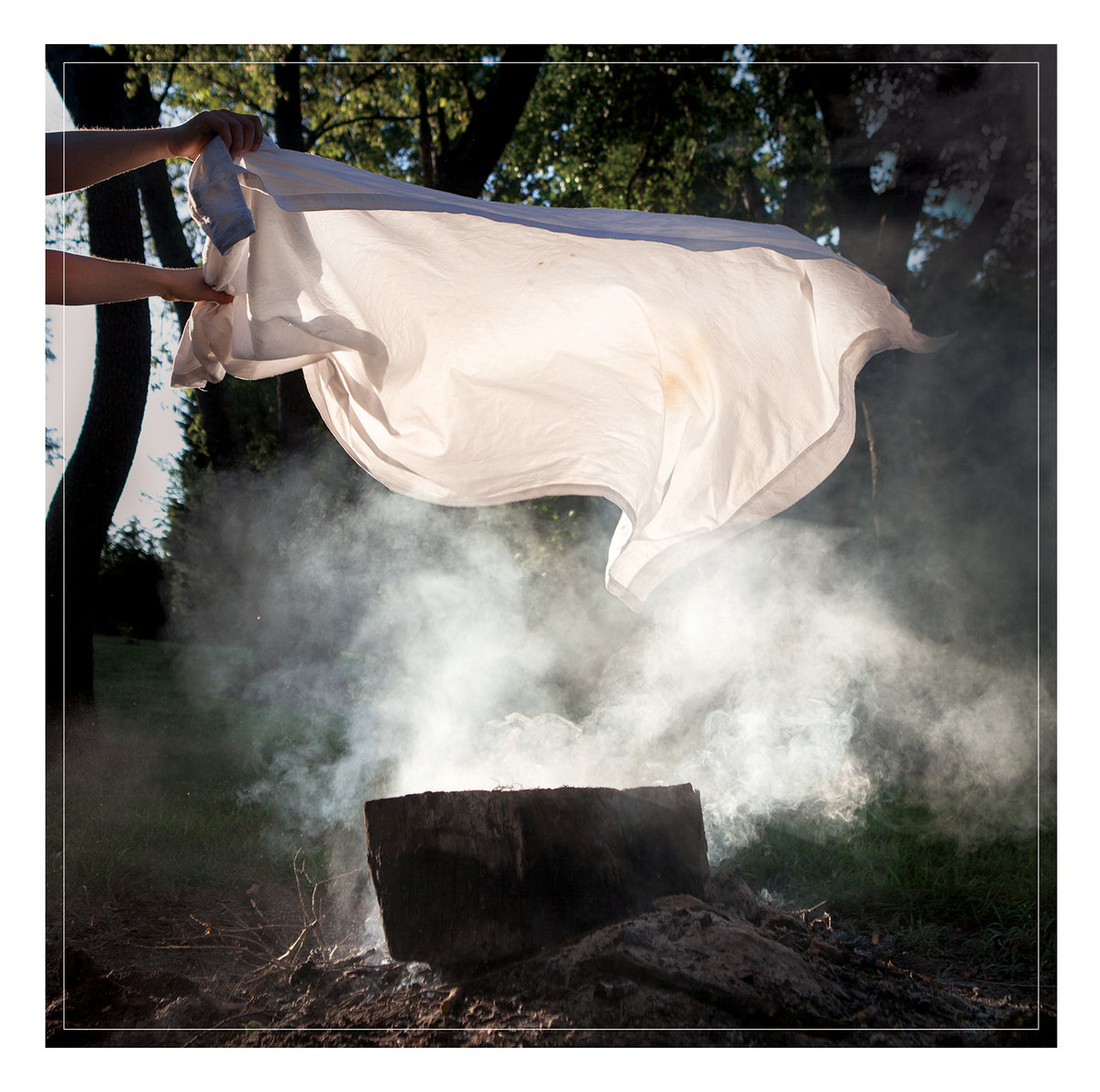 Ray Charles, an r&b star, once made a country album. Kanye West, a rap phenomenon, once made an album where he sang for its entirety. Radiohead, at one point the most promising prospect in guitar music, once made an album where they barely touched the things. More than once, now you mention it. What is this all leading to? It’s simple, really: The notion that risks should not only be taken, but actively encouraged. Who knows what awaits on the other side? Perhaps true greatness.That’s what happened on Keep You.

Pianos Become the Teeth – an emo band in the true sense, bypassing the mall to arrive at Orchid’s discography – made an album where their harsh screams and dissonant guitars were traded in for what are known in hardcore circles as “clean” vocals and a collective dip into the waters of the indie and post-rock spectrums. It was an all-or-nothing movie – make or break, sink or swim. The Baltimore natives risked everything and won it back tenfold.

Not only is it the finest of their three long-players, it also serves as a shining beacon from their immediate scene – a message to the outer reaches detailing the adventurous versatility at work within it. For an album whose final line is a cry of “Let’s say nothing some more,” Keep You says more in its actions than words ever could. 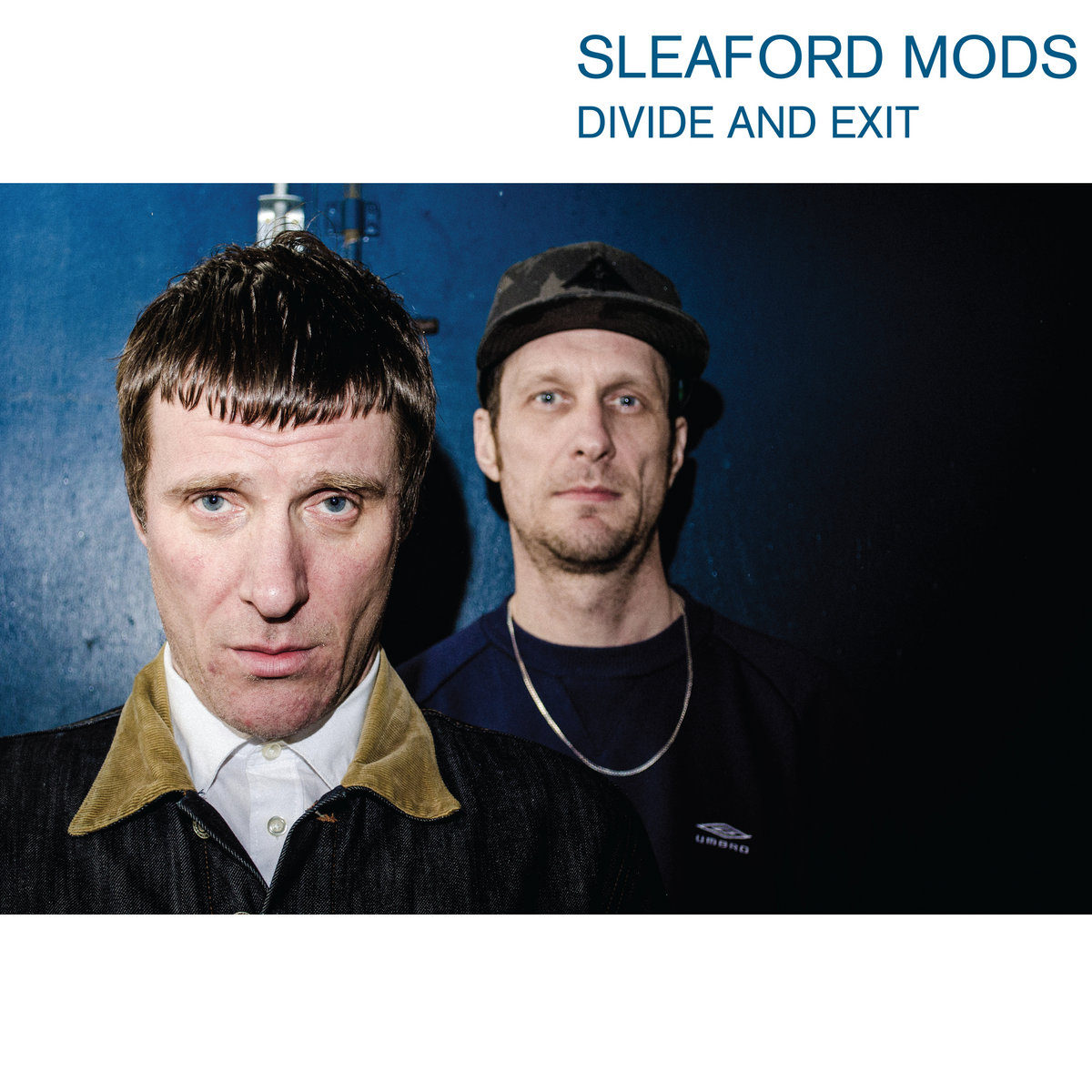 Around ten years ago, in an interview with NME, Carl Barât was asked his favourite album of the year as part of a generic series of questions asked of several musicians. Barât chose A Grand Don’t Come for Free by The Streets, reasoning that the album was a reflection of England that many may not necessarily want to see or hear about.

This is being brought up a decade on for two core reasons. The first of which is to sound the trumpets to signal the arrival of a new outfit less holding up a mirror to contemporary British society and more smashing said mirror and holding up a jagged shard, just to feel the pain that the pricks of blood bring. The second is admittedly a little more petulant – it’s because the reference and the people and publication which it contains would be immediately be despised by James Williamson, the spoken-word half of Sleaford Mods who barks, grunts, prophesises and spits through every last thing that displeases him.

It’s a cruel, frustrating world in which he lives; one that constantly brands him a fool and a ne’er-do-well when it should be acknowledging him as the smartest guy in the room. “I can’t believe the rich still exist,” he laments within the album’s opening minutes. “Let alone run the fucking country.” It’s said through fuzz and distortion, and yet it lands with all the clarity of being yelled directly into your ear. He may soapbox his way through several tracks (“Liveable Shit,” “Tweet Tweet Tweet”), but certain things slash through a raw nerve. He may seethe at an upper-class acquaintance he’s attempting to manipulate (“I’m a connoisseur!/I’ve conned you, sir!/I just wanked in your toilet!”) but his envy is quick to undo him entirely (“I want a house like this, how do I get it?/It’s beautiful! It’s fucking ridiculous!”).

There are layers of complications, deep-running waters of disarray and the throbbing pain of a hangover following another bottomless night in the sewerage of another disgusting city. Divide and Exit was the sound of the everyman’s demise, the death of the common people and the experiment starting over. Sleaford Mods might not want to change the world, nor is it looking specifically for a new England – and, yet, both are achieved and found, respectively, on Divide and Exit. A voice raised to its heights for years on end has finally shifted to the forefront and being paid the attention it deserves.